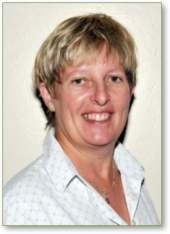 Janet is a dedicated and committed staff member of the NHLS. In March 2013, Janet qualified as a SLMTA trainer in the first South African in-country Train of Trainers workshop (TOT). Following the TOT, Janet spearheaded the preparation for the launch of the SLMTA program. Her outstanding knowledge and dedication made her the leader in the implementation of SMLTA in South Africa. During the SLMTA workshops, she played a principal role, coaching and training other trainers, going extra miles to ensure that the workshop was a success.

In October 2014 she attended the Quality Control (QC) and Method Evaluation workshop, and subsequently led the implementation of QC improvement projects in the laboratories in Northern Cape Business Unit. The result of that work was presented as a poster at the ASLM 2016 conference. She later led a team of two trainers and implemented the first SLMTA QC workshop in the NHLS. In September 2016 Janet attended the SMTA 2 pilot workshop and then led the rollout of that curriculum in the NHLS as well.

Janet played an instrumental role in making South Africa’s SLMTA song and dance performance possible at the 3rd SLIPTA/SLMTA symposium at ASLM 2016 – not an easy feat. She selected the melody, identified people to write the lyrics, recruited performers, and made the performance possible without incurring extra costs but still having the number of people needed for the SLMTA spirit competition.

The South African SLMTA Programme is successful because of contributions from many staff members. Janet Scholtz is one of the SLMTA Heroes NHLS is proud to have as an employee.