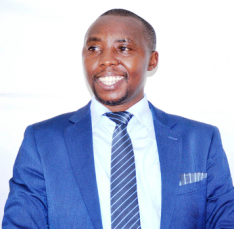 Innocent NZABAHIMANA is the current SLMTA program lead in Rwanda. He started his journey of Quality Management System (QMS) implementation when SLMTA was launched in Rwanda in 2009. He participated in Rwanda’s first cohort in 2010 and became certified as a SLMTA trainer in 2012 in a regional SLMTA TOT organized in Rwanda with support from CDC and ASCP. This was immediately followed by his certification as a laboratory mentor. Thereafter, he became very active and instrumental in facilitating SLMTA step-down trainings, conducting SLIPTA audits, and providing mentorship to the laboratories enrolled in the SLMTA program. He was certified as a SLMTA Master Trainer in 2014 in South Africa, and immediately went on to Cote d’Ivoire to facilitate a francophone SLMTA TOT workshop.

Since the launch of the program in Rwanda, Innocent has been among the leaders who organized and facilitated the SLMTA workshops and conducted mentorship visits within the country. To date we have enrolled eight cohorts of 49 laboratories in SLMTA, covering 100% of Rwanda’s public health referral, provincial and district laboratories; and Innocent has facilitated six of them. Among the four SLMTA master trainers in Rwanda, he is one of the two active master trainers still involved in QMS in Rwanda’s laboratories.

In May 2019, he attended SLMTA3: Illuminating the path to ISO15189 in Johannesburg. Upon return, he transformed skills learned into practice, and nine months later led National Reference Laboratory to attain accreditation to ISO 15189 by KENAS in molecular testing, serology, bacteria culture, and antimicrobial susceptibility. His work has impact beyond Rwanda, having facilitated a SLMTA TOT in Cote d’Ivoire and published two papers on SLMTA in scientific journals. Innocent has the passion, drive, and innovation for laboratory quality improvement and deserves to become a SLMTA Hero.